The V10 Air Plasma Sterilization system can replace your EtO sterilizer for critical instrument sterilization at a fraction of the cost. Further, air plasma sterilization is environmentally friendly and safe to operate. 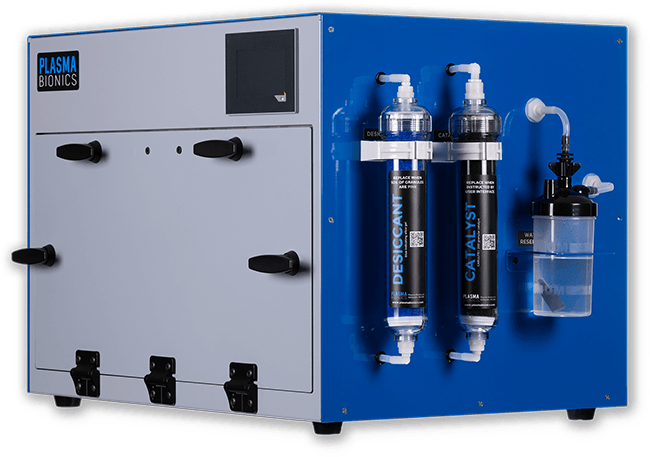 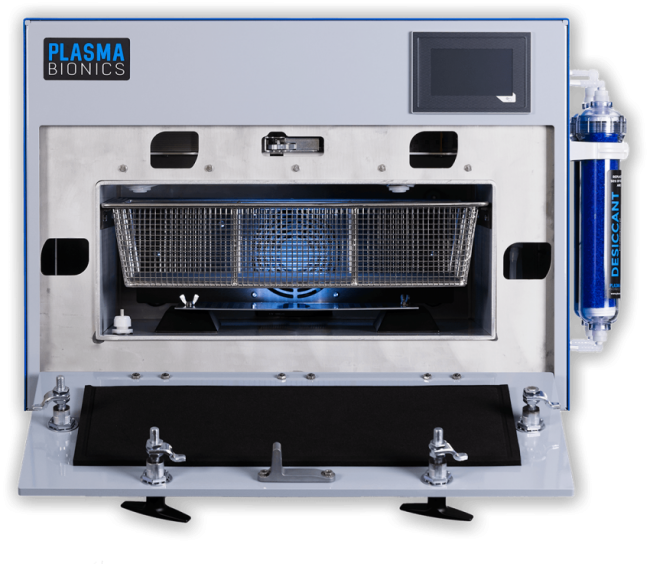 Cold atmospheric plasma, or ionized gas at low temperature and atmospheric pressure, is an emerging decontamination method with a wide variety of potential applications. Cold plasma generated in air produces UV light, charged particles, and reactive oxygen and nitrogen species (RONS)—all of which cause rapid destruction of microorganisms while having limited negative effects on sensitive background substrates. Veterinary instrument sterilization by cold plasma treatment has been investigated for over two decades but its practical applications for easy use have been limited. Fortunately, cold plasma can be generated in many different ways, and the limitations imposed by the complex apparatuses of previous cold plasma sterilization devices can be overcome.

Plasma Bionics, LLC has developed a plasma-based sterilization device in an innovative and convenient form factor that can be used for sterilizing veterinary instruments of a wide range of sizes and materials. By utilizing one of the simplest plasma generation methods, surface dielectric barrier discharge (SDBD), plasma is generated with air at room temperature and atmospheric pressure, requiring no additional enclosures or supplied gas flow. SDBD produces plasma as a result of charge accumulation on one side of a dielectric barrier placed between two electrodes. The electric potential accumulates to a point until the air between the electrodes is ionized, forming plasma.

For further information, feel free to reach out to us: